BEIJING, China – Money. People. China has lots of it. President Xi Jinping is a generous man.

This coming Sunday, the Chinese president will host the Belt and Roads Forum which will be participated by more than 30 world leaders. It is the focus of a soft-power push because of its hundred-billion-dollar infrastructure ventures. It has gained over a hundred countries from five continents which only show a growing global demand for an economic collaboration amid the protectionist agenda of Europe and US.

The said initiative will add to the Chinese President’s appearance as a primary leader in the world who promotes globalization. On the other hand, President Donald Trump has reduced foreign funds due to his “America First” advocacy. For Xi, there are two obvious benefits from this summit: it will lessen the worries about the Chinese growth and lift his image in the country. Xi is now considered a great President since 1997 after Deng Xiaoping.

According to Trey McArver, the director of China research for TS Lombard – a research company in London, the Belt and Road summit could probably be the Chinese President’s most enduring heritage as it has the capability to reshape the world especially the Asian region’s economy and trade.

However, this move of Xi also poses some threats. For now, the initiative remains an advertising strategy for China to show what it has built in other foreign countries in the previous years. Other key leaders such as Shinzo Abe, Donald Trump, and Angela Merkel are still not joining. The summit on Sunday will wait for Xi’s solutions to the current concerns which will significantly impact the status and future of the initiative and China as well. 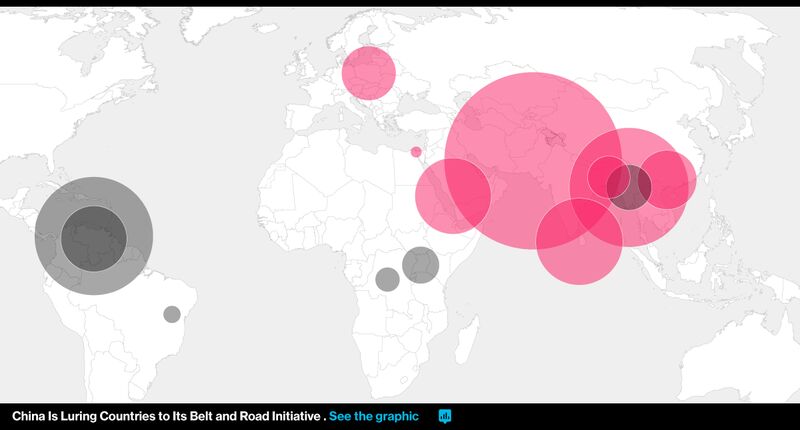 It’s expected that the President will just talk about the problems about its competitors such as Russia, US, and India, especially that the Chinese military power continues to grow; Xi will be more aggressive in commenting on the national concerns. China’s spending 50 billion dollars for the economic passage in Pakistan, the port in Djibouti, and oil pipelines in Asia are all building up to contradict traditional powers.

According to Paul Haenle, a former Chinese director in the US National Security Council and now the leader of Carnegie –Tsinghua Center in the capital of China, the country has to understand that other foreign leaders don’t have the same perspective as China when viewing the Belt and Roads Initiative. He continues to explain that the US might be thinking that the initiative is only an effort to influence other countries and it is all politics as usual.

Last 2013, Xi’s plan was first mentioned in Kazakhstan University when he talked about the Eurasia landmass. From then on, the project was constantly renamed and stretched through the whole globe, with a primary objective to alter the old trading paths in China up to Europe by the land and sea.

The first step in this is in the economy. Xi plans to encourage economic developments in the neighboring countries so that it can seek other markets for additional industrial capacity. Considering the foreign reserves of China, three trillion dollars or more than 25 percent from the world total, it means that China possesses more assets than the rest of the countries below the budget mark.

Last year was a breakthrough for China as its plan accelerated due to anti-elitist activities which caused an unfortunate effect in the immigrations and trades in Europe and US. Then, near the exit of the Brits from the European Union posted some doubts on its image and the Trumps departure from Trans-Pacific Partnership initiated the greatest push in the US which had clearly reshaped the economies of the world.

According to Cheah Cheng Hye, the chairman and co-chief investment officer at Value Partners Group in Hong Kong, the China is making them feel that everyone needs to join the Belt and Road Initiative, and for that, it is “very disappointing.” This explains the reason behind the initiative’s appeal to many countries.

Indeed, Xi’s move to encourage the world elites in Davos, Switzerland to fight protectionist agendas and participate in China’s goal to boost the global market, China had undoubtedly attracted many countries.

Peter Cai, a researcher in the Lowly Institute for International Policy, said that the Europe and US are the ones that unconsciously made way for the Chinese power to grow. He stated that China has a different kind of globalization aside from the one that the US is offering. It is a globalization strengthened by highways, railways, ports, and pipelines.

Just recently, Euro countries such as Denmark, Switzerland, Italy, and France have declared that they will join the initiative. Last February, Italy President Sergio Mattarella went to China to propose the plans in building ports in Trieste and Genoa. Then, Prime Minister Bernard Cazenueve of France went to the arrival ceremony of a cargo train in Lyon.

The Initiative will be participated by influential leaders like the Philippine Rodrigo Duterte, Russian President Vladimir Putin, and Greece’s Alexis Tsipras. The US will also send Trump’s special assistant and senior director for East Asia on the National Security Council, Matt Pottinger.

According to sources, an announcement was released before the summit which encourages the markets to open with the Chinese endorsement of diplomatic goals. Some speculation also circulated that the Chinese diplomats didn’t even bother to examine the documents because they think that the initiative only spells conflict.