NEW YORK – Uncertain movements in the Asian stock market will be a sure thing as the political noise in the White House continues due to the issue about US President Donald Trump, which had caused the weakest record to dawn in the US stocks causing the investors to choose much safer assets.

Japan, South Korea, and Australian stock index all suffered a loss of over 1 percent when the S&P 500 Index experienced its lowest plunge after nine months. Gold got its highest climb in one day since the votes for the Brexit had been concluded. Earnings in Treasury declined edged near a month-low record due to the decrease of bets on the Fed rate increase in June. Bloomberg Dollar Index remains still in the initial trade for Thursday after the decline to the level when US polls were held. 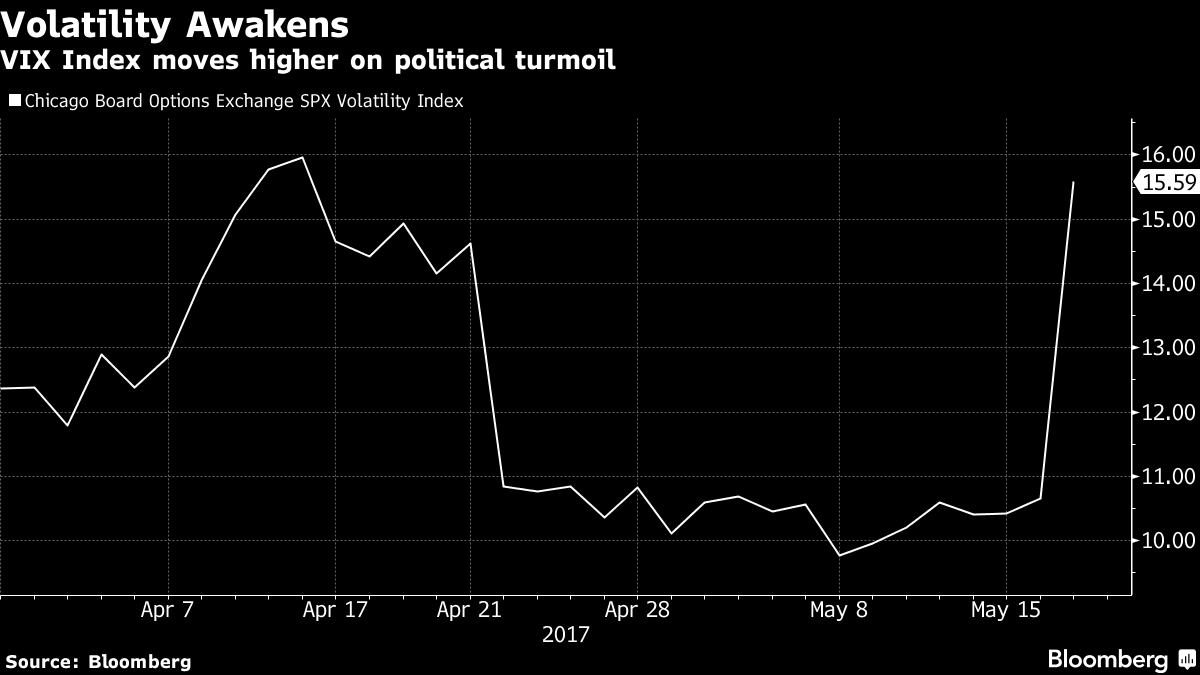 The level of US stock fluctuations skyrocketed since Brexit on June last year, and now the previous silence in the market is being disturbed again by the political din in the White House. Last Tuesday, Wall Street is now looking at the direction of this turmoil as it increases the risk of disrupting Trump’s policy agendas which had moved the world stocks to their highest. The trades ignited by Trump’s shocking victory in the US November polls are now retreating in the past couple of days, with the drop of the greenback rise caused by the election.

According to Dennis Debusschere, head of Portfolio Srategy and Quant in Evercore ISI, the noise in the politics of US will take much longer and it may cause a larger scale of uncertainties in the market with a descending trend for the rest of the year.

The Trump presidency is now being probed because of the accusations that he ordered the former FBI Director James Comey to drop a controversial investigation and the alleged mishandling of secret intelligence. The Justice Department has already called for a counsel to investigate the aforementioned concerns including the allegations in the efforts of Russia to influence the recent US presidential election.

Investors should watch out for the following:

The major movements in the market are the following: